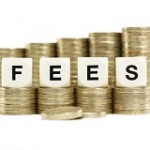 For insured group plans, the carrier or HMO (insurer) is responsible for the TRP fee and the employer is not required to take action.  However, for self-funded group plans, the employer is the party which must calculate and pay the TRP fee.  It is important to note, although employers are not responsible for paying the fee for fully-insured plans, often the insurer may shift the cost to the policyholder through an increase in premium.

The TRP fee, or national contribution rate, is paid per covered life and is adjusted each year.  For 2014, the fee is $63 per covered life and for 2015, the fee will be reduced to $44 per covered life.  The 2016 contribution rate is yet to be announced.  The insurer or employer will calculate the TRP fee by multiplying the national contribution rate for that year by the number of covered lives during that year.  COBRA lives are to be included in the number of covered lives.  The fee is not required on individuals covered through Medicare unless the employer-provided group health coverage is the primary payer.  Generally, Medicare is the primary payer and the group health plan is the secondary payer, in which case the Medicare lives would not be counted in the fee calculation.

What Employers Need to Know Now –

Insurers will or have already calculated the TRP fee and paid it to the IRS.