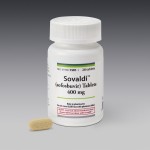 What does this mean to consumers, doctors and drug makers? AbbVie’s exclusive with ESI put the pressure on Gilead to make a deal with someone else.  This is good for consumers because it means serious discounts are being negotiated by the PBMs on high price specialty drugs.  This is also positive news for containing overall health care costs.  Pharmaceutical manufacturers now must consider competing on price rather than just efficacy. On the down side, this trend may lead to other drug limitations in other therapeutic classes.  Ultimately doctors will have fewer drug choices for treatments.  This is a form of health care rationing and this trend will continue in the U.S. because health care costs are unsustainable.