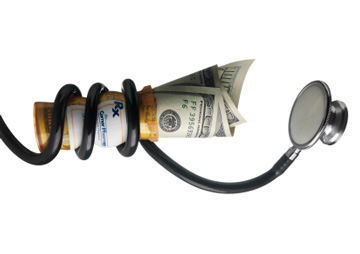 Efforts to reform municipal health care plans are seen as a political third rail because of resistance to change at many levels. Savings in health care plans typically revolve around shifting costs from a municipality to employees and retirees. There are, however, successful examples of public employee unions and municipalities working together to reduce costs rather than shift a greater percentage to beneficiaries.

Case in point: The city of Brockton, Massachusetts, recently reached agreement with its 17 unions to cut health care spending for employees and retirees by $28 million over four years. As reported in the Boston Globe, Kimberly Gibson, president of Brockton Education Association, the city’s largest union, said, “This agreement demonstrates that meaningful savings can be achieved through collective bargaining. If we can do this in Brockton with such a diverse group of unions, we can do it anywhere.”

Municipalities in Massachusetts offer generous health care benefits for both active employees and retirees, resulting in some of the highest Other Post Employment Benefit (OPEB) obligations in the country. Total OPEB liability for the state’s municipalities is estimated at $26 billion, according to a recent study by the Boston Business Journal.

In an effort to reduce the cost of providing health care, and by extension OPEB liabilities, Governor Deval Patrick signed the Municipal Health Insurance Reform Act in 2011. This law provides a pathway for municipalities to move their employees and retirees to the Group Insurance Commission (GIC), a state-run, group-purchasing health insurance pool. To take advantage of the program, municipal officials must approve Section 19. If adopted, a municipality can either shift both employees and retirees to the GIC or reduce its health benefit costs within five percent of the savings available by joining the state’s health insurance program.

Joining the GIC typically results in savings relative to the current benefit cost-structure, however much of the savings is achieved by shifting a larger share of the costs to plan beneficiaries and in some cases, reducing benefits. Another drawback requires a commitment from municipalities to join the GIC before its health plans’ rates are announced for the following year. Additionally, municipalities give up control over plan design and initially must participate in the GIC for three years. Because these provisions remove the scope of what can be negotiated, the law has not been embraced by union groups, which lobbied to soften some of the more onerous provisions in earlier versions of the legislation. The Brockton City Council voted no to joining the state plan.

Brockton is not unlike many municipalities in the Commonwealth. Over the last 10 years, health care expenditures have increased from 11 percent to 17 percent of the city’s general fund and it has accumulated an unfunded OPEB liability of $693 million. Enactment of the Municipal Health Insurance Law offered the city an opportunity to address those challenges. Instead of forcing employees and retirees to the GIC, Brockton’s Mayor and City Council entered into a good faith bargaining agreement with the unions to see if collectively they could achieve comparable level of savings had the city joined the state’s health insurance program.

The unions formed a Public Employees Committee (PEC), as specified by Section 19, to bargain with the city over health benefits. Since moving employees and retirees to the GIC would have saved the city approximately $7.3 million, this became the benchmark against which any collectively bargained agreement would be measured.

The city engaged KTP Advisors to examine options for reducing the cost of health care benefits for its Medicare-eligible retirees. KTP’s approach focuses on both optimizing federal subsidies and introducing competition into what has been historically a monopolistic or, at best, oligopolistic market. Maximizing federal subsidies transfers as much of the cost and risk as possible to the federal government, thus reducing the burden on municipalities and retirees.

Competition among insurers and health plans spurs innovation and operational efficiencies. Yet most municipalities default to the providers of their active employee plans for their Medicare plans.  Medicare plans rely on the Medicare network of providers, which is the same for every carrier. Thus municipalities can potentially improve their rates by putting the Medicare supplement plans out to bid. By doing so, more bidders can participate in the request for proposal (RFP) process than for active employee plans. In active employee plans, provider networks are structured by health plans and insurers and are geographically restricted, which effectively limits competition.

In order to generate proposals that the PEC was most likely to accept, KTP was instructed to find alternatives that exactly matched the current level of retiree benefits, including the co-pays /co-insurance and deductibles for the medical and pharmacy benefit plans.

Fundamental to achieving the greatest savings for the city, KTP also required bidders to optimize the subsidies available from the federal government under the Medicare program.

Historically, Brockton has been self-funded for its health care benefit costs for both active employees and retirees. The city acts as its own insurance company, assuming the risk and absorbing the cost of all the claims incurred. Understanding that the fully-insured Medicare market was quite efficient and would reduce Brockton’s risk exposure for large claims, KTP required all bidders to offer a fully-insured product. Thus the cost quoted was the total cost of the insurance, with the carrier bearing the risk previously shouldered by the city under its self-funded plan..

The cost of a self-funded plan is expressed in a premium-equivalent basis. That means the estimated total cost of a year’s claims are evenly divided between the covered members and then divided by 12 months. The resulting premium equivalent is the estimated monthly health care cost per participant. For the city of Brockton, the most recent premium equivalent for its Medicare supplement plans, with prescription drug benefits and after federal subsidies, was $437 per Medicare-eligible retiree per month.

The winning bid was $331 per Medicare-eligible retiree per month. With over 1,900 eligible retirees on Brockton’s Medicare health benefit plan, lowering monthly premiums per retiree by $106 saved approximately $2.4 million per year. Because Brockton’s  retirees pay 25 percent of the cost, each will save more than $450 per year and the city will save annually in excess of $800 per Medicare retiree. As previously noted, this savings was achieved without any cut in benefits or shift in costs from the city to its Medicare retirees.

From the outset, the city was aiming to save $7.3 million, which it would have saved by joining the GIC. When the city presented a yearly savings of $2.4 million from the RFP process, one-third of the targeted savings with no benefit cuts or shift in cost, the PEC immediately accepted those savings. This materially helped the broader negotiations, as both sides were a third of the way toward the target without a sacrifice by either party.

Eventually, Brockton and its 17 unions, which made up the PEC, arrived at a four-year agreement that is projected to save the city and its retirees $28 million of which the  Medicare-eligible plan accounts for one third. The agreement was accepted by the city’s  Finance Committee and hailed by Mayor Linda Balzotti in the Brockton Enterprise. “We are all happy that we were able to achieve significant savings and protect our employees’ bargaining rights at the same time. In addition, the structure of the agreement provides flexibility in deciding in the future whether we all are best served by continuing with coalition bargaining or utilizing some other method of determining health insurance coverage.”

A subsequent analysis by the city’s actuary attributed the following savings and reduction in liabilities to KTP’s recommended plan changes and assistance in implementation:

KTP Advisors believes that the process employed in Brockton can be applied successfully by many other municipalities. A full understanding of how to maximize federal subsidies under Medicare, combined with a highly competitive RFP process, can achieve significant savings without resorting to benefit cuts or cost shifting to the retirees. Retirees also benefit from lower out-of-pocket costs for their portion of the premium. By working collaboratively with public employee unions and municipal officials, a win/win can be achieved.